It's All About The Ramp

Yes, it's all about the ramp. We dachshund owners know that we have to protect those long backs. We have been have been "ramping" up our efforts here especially since two of our pack are getting to be seniors. 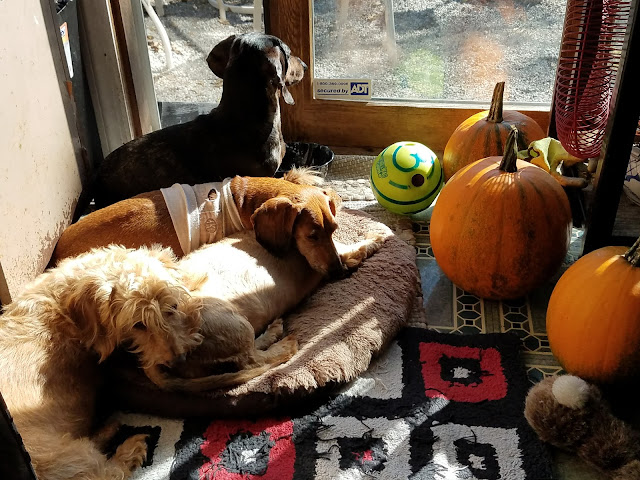 But the guiding event to this progress was Miss Peaches back surgery. The only place the dogs have to deal with stairs here is out the back door, and that is only two steps. We decided for all their little backs we ought to provide them with a ramp.

You wouldn't think that this was a big project, but it was. It had several incarnations before it was fined tuned into a workable ramp that they could use. First there was the straight wood ramp with sides. That was actually a slide,it made exiting the house an express route, so sandpaper squares were applied. That wasn't enough gription, so little wood slats every few inches were added. Then we had something. Next we had to convince them to use it. Even Spaatz, who is an amazing canine specimen of strength and agility needed to accept the ramp.

Spaatz mainly uses the ramp to launch himself at this point. Always looking for some unfortunate rodent to catch himself unaware to the impending doom of the onslaught of a pack of dachshunds hell bent on destruction. The dachshunds don't get their man too often, but when they do there is much rejoicing, until the animal is no more, then it's boring again and maybe it's time for a nap in the sun. 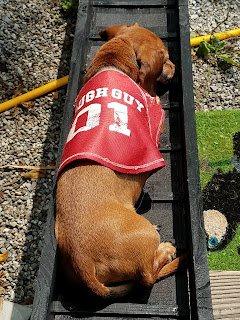 Then you might be a bit of a weirdo like Foozeball and just go about half the way down the ramp and lay down right there. Fooze is the biggest sun worshipper here, and one day he decided he didn't need to go any further for his sunny spot. This, of course causes problems for anyone else who would like to use the ramp, so I convinced him to move. 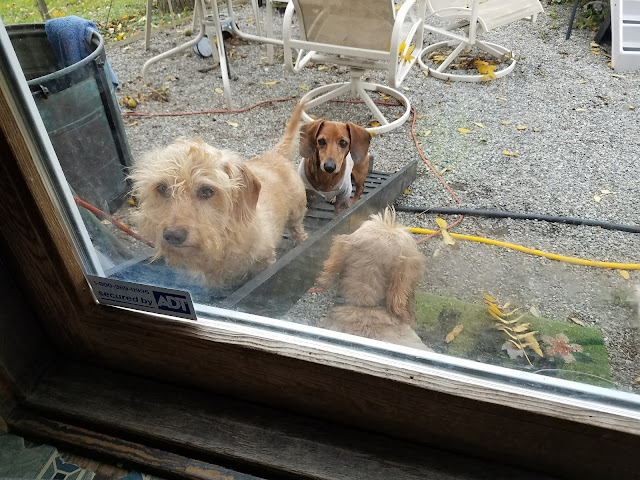 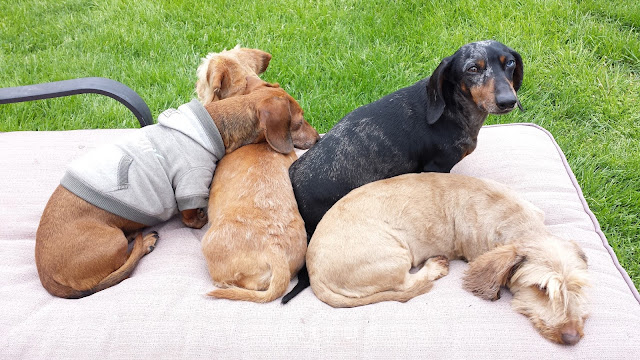