Just about everyday there is the event known as the "The Vigil". Suppertime is at five, so the vigil usually starts at four, but could be as early as three. It depends on how much their tummies are grumbling 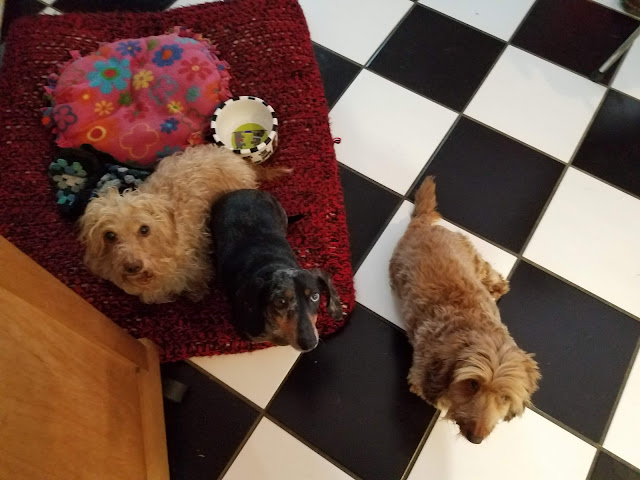 Most of the time during the day if I'm home they're close by, but when the vigil starts I find myself alone, and I know it has commenced. It's best not to pay them too much attention or they will start platooning for an early dinner. You may know what that's like. 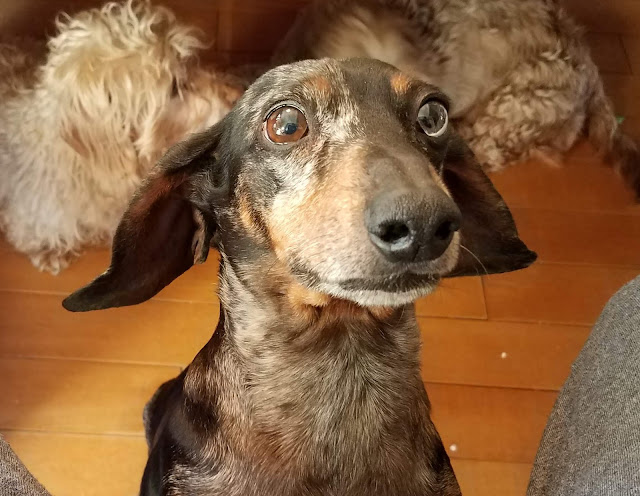 Those big puppy eyes, pleading with you. Perhaps the clock is incorrect! It must of stopped! We definitely know when it's time to eat. It must be time for chow! 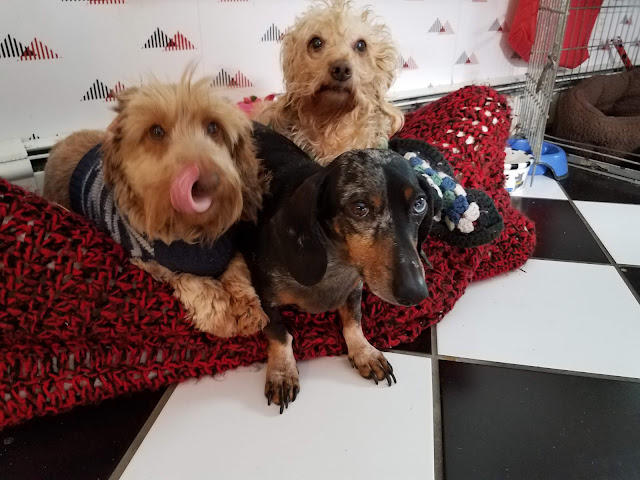 I simply tell them that "it's too early", and while I'm sure I may sound like the teacher talking in a Peanut's cartoon. They seem to understand that translates into "your not getting food right now"

Much to their dismay they will settle down again, and commence will the vigil once more until the glad news that dinnertime is finally here, and they must wait no longer. 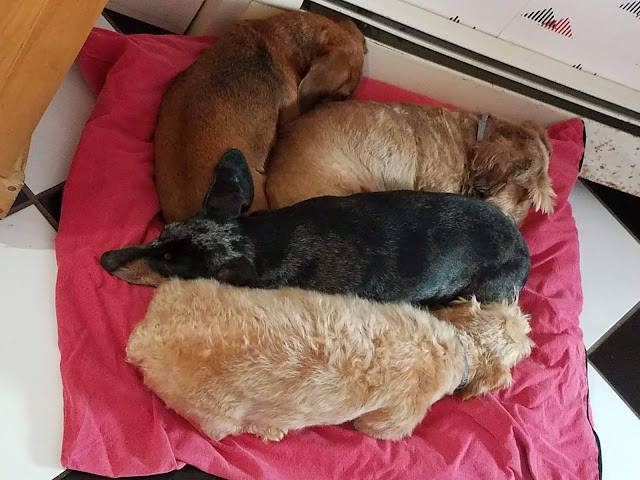 Then the next thing you know they're all sacked out without a care in the world. All that angst solved by a little cup o' chow.
Posted by Valerie Owen at 12:28 PM No comments: