Oh Sandiepoo, so sweet and funny. She is Miss Fluffy Muffins, and we love her. Not the sharpest tool in the shed by any means, but the sweetest by far. I usually keep Miss muffins trimmed up, except for the signature beard and eyebrows that let us know that we have a wire haired dachshund. 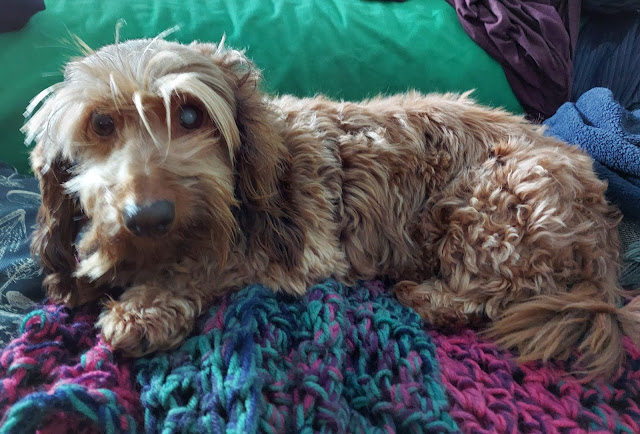 Right now though she has gone full "O-Cedar", and I let it happen. Ordinarily in the winter I will keep her groomed so she doesn't get matted and we keep all that fur under control. Then she wears a sweater. 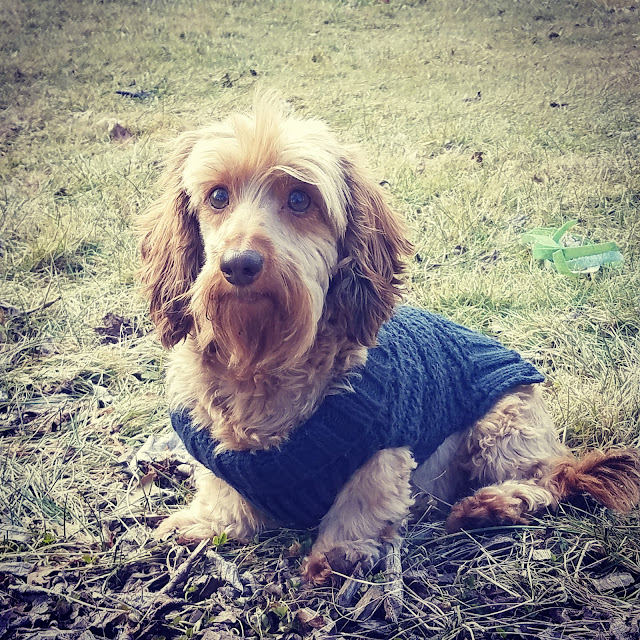 This year I had intended to shave her, but kept putting it off. Then it was so dang cold I decided to let her go with the fur. I know I will regret this at some point. I don't want her to go on full mop like before. Here she is, her first winter with us. Now, I at least keep her "nosehairs" trimmed so we can see her eyes 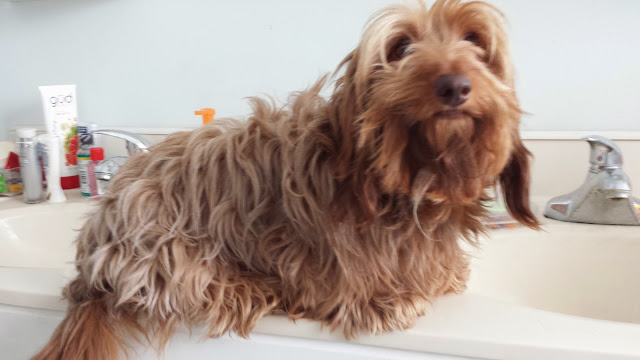 All that fur does give her protection from the elements. She goes out in the cold and snow and basically has a good time rolling around. The boys are both smoothies and not up for the real cold.
Spaatz gets to shivering out in the cold if he's not busy with something. I would love to put a sweater on him, but he just hates any type of clothing at all. His body language stiffens up and he is miserable until you take it off. Fooze always has some type of shirt or sweater on. He is getting pretty old now at nearly 14 and really would rather not go out in the cold if he can get away with it. Believe me, he tries. 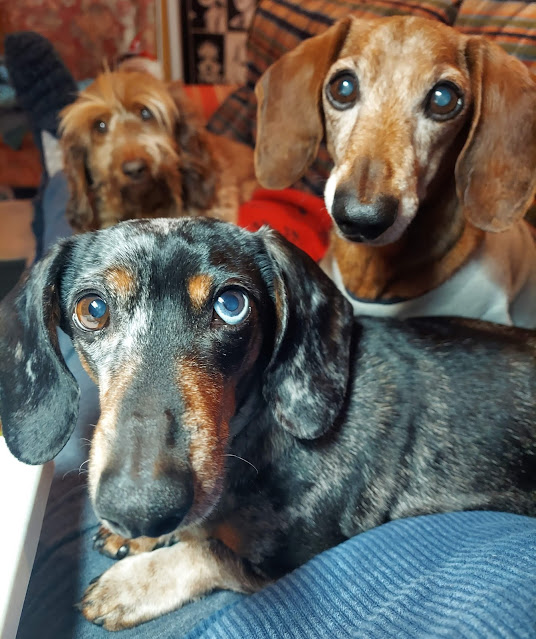 Soon it will be getting warmer and we will have to think about giving Sandie the big shave. It will take me over and hour and there will be fur everywhere, including stuck to my nose. 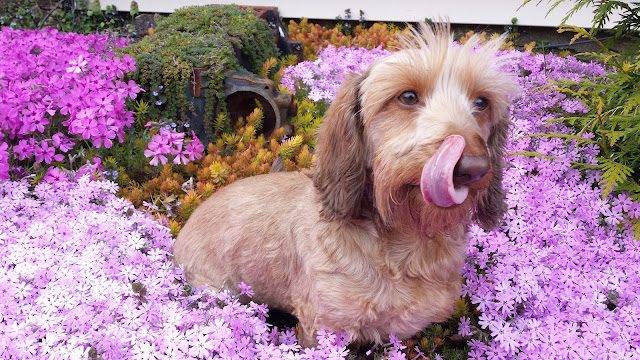 She behaves pretty well during the process. Getting her legs done nicely is the biggest challenge. That and her undercarriage. Ever try to shave the underside of a dachshund? There's not a whole lot of room 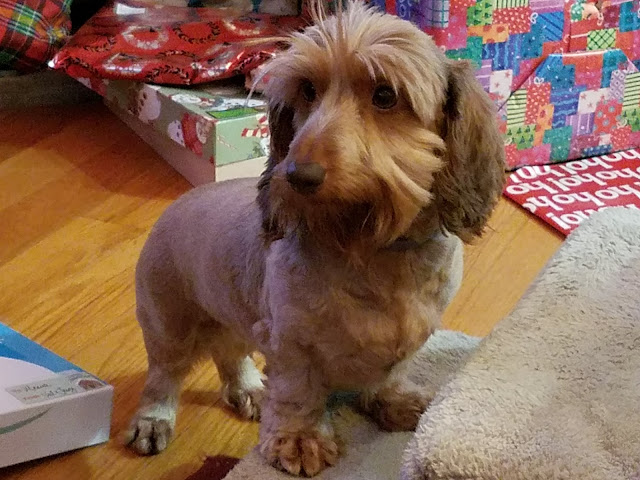 Afterwards she is so sweet and "doughy" and she runs around like a new dog and is so happy. It makes it all worthwhile. Whether her coat is short or long she's always the sweetest little muffin you'll know. 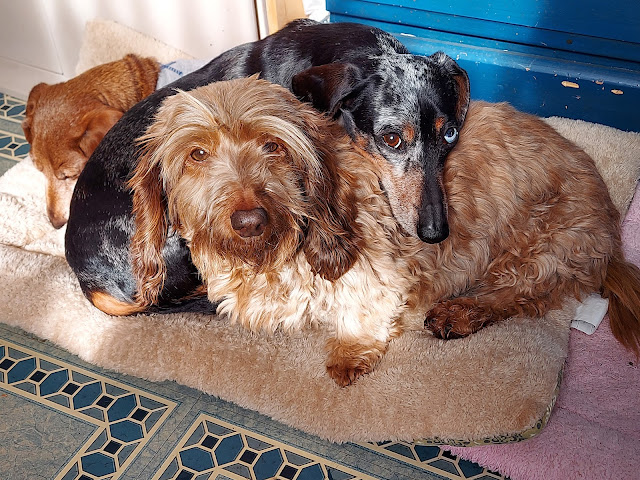 Posted by Valerie Owen at 10:00 AM No comments: