Miss Peaches and the Schnitzel

Last night I was making schnitzel with mushroom gravy, home fries and asparagus. We were plating our food when an incident occurred that naturally involved the dachshunds, being opportunists, 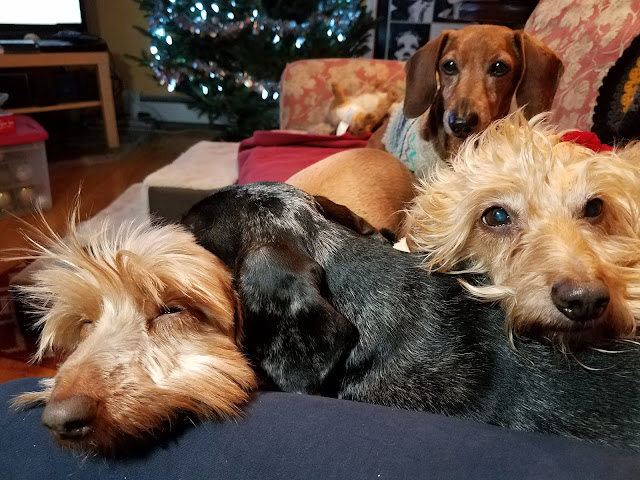 Now who should be at the center of this event? None other than Miss Peaches. I had warm plates in the oven that I had put the schnitzel on and was continuing with the potatoes. I noted that the meat nearly went sliding off my plate when I moved briskly. Pay attention, foreshadowing here. 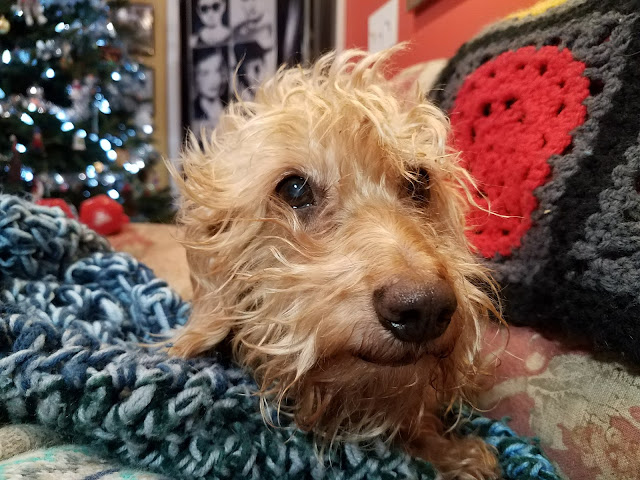 My husband, Jerry grabbed his plate and put what looked like a lot of potatoes on it. Then I looked and realized the schnitzel I had put there moments ago was gone. Where's your meat ? I said 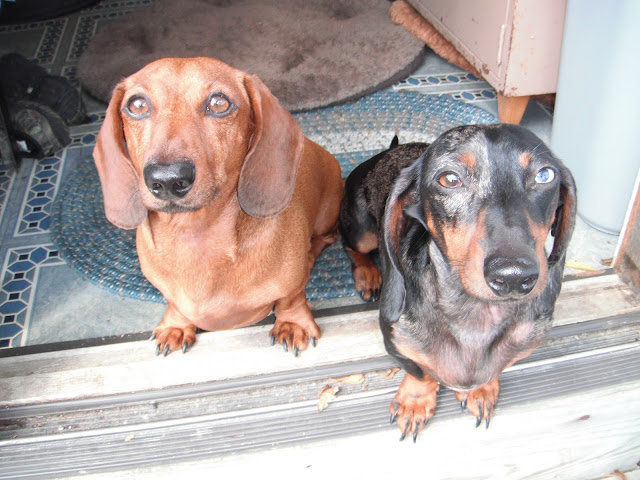 Then I looked down and the boys were licking the floor. Oh my goodness, I couldn't believe it! I could, actually, because it nearly happen to me. Now mind you, there was a sound of a very minor altercation between the dogs at this time. Not serious enough to be about a nice piece of meat. 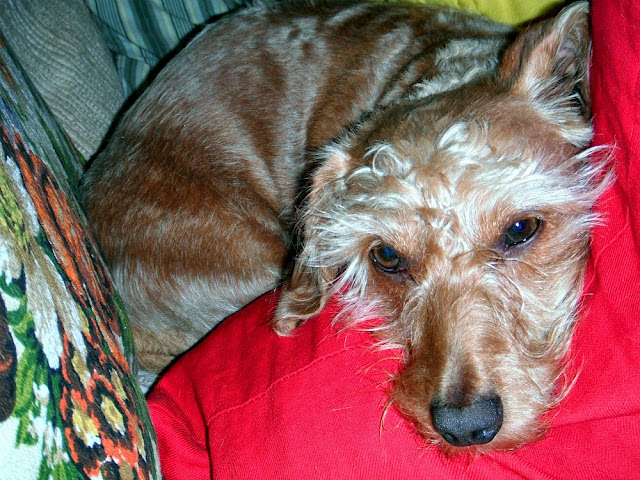 As it turns out we continued getting our plates filled, fortunately there was another piece of meat, I was about to sit down when I realized Miss Peaches still had the schnitzel and was chewing away at the edges. I was wondering how the whole piece of meat had been devoured without us noticing, with nothing left ,but to lick the floor. The meat was confiscated. The threats of no bedtime snack was rescinded. Kinda. Peaches ration would be reduced considerably. 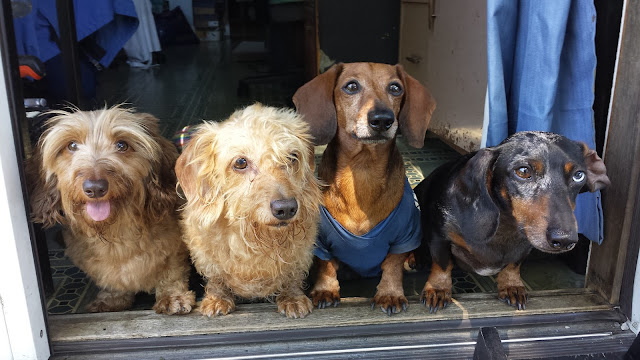 I can't blame them, it's not like they stole it. It was literally thrown at them. I was impressed that Miss Peachy with hardly so much as a tiny growl took control of said piece of meat. Still the queen she is. Spaatz has been claiming top dog status sometimes lately. I guess when it's something really outstanding she will take command in short order. When your an old girl it has to be worth the effort.