Yes, it's Peachy Day, where we celebrate the day we made our secret drive to get Miss Peaches 12 years ago. 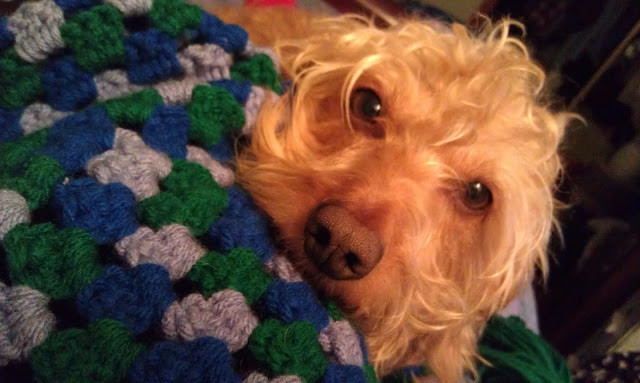 It was secret because at the time we had 1 standard size wire hair dachshund named Watson. My daughter Marlena said she wanted a mini wire hair, which I didn't think was going to happen. I had never seen an ad for a mini wire hair locally.
So we drove to the next county in the snow. Peachy was one of many owned by a vet tech that needed to downsize. Peachy was sweet and her first meeting with Watson went well so we decided to take her. When we brought her home I called Marlena downstairs, I said Merry Christmas, and handed her the dog. She was so excited, she was basically hyper-ventilating. I told her to stop she was scaring the puppy. 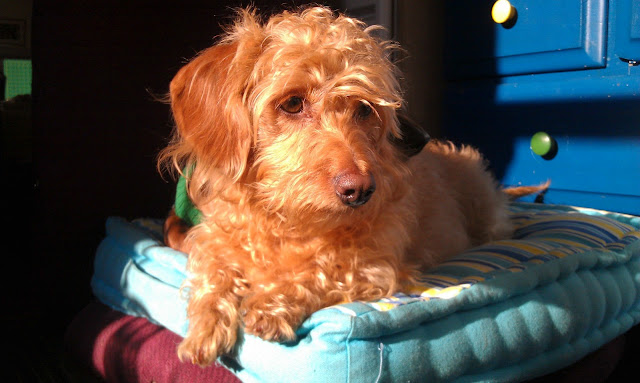 So the rest is history as they say, and there have been many adventures with the old girl. The Peach is the matriarch around here even though she never had pups of her own. We love her dearly 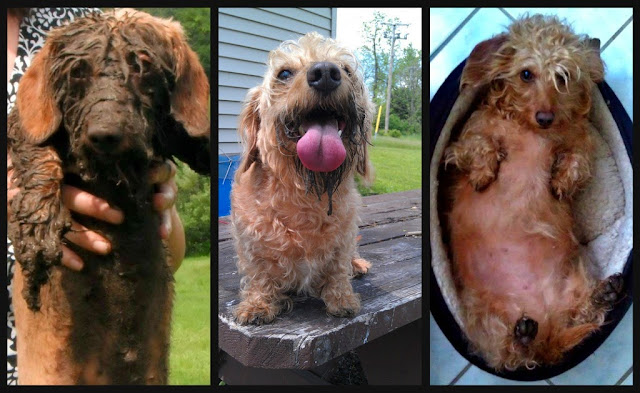 She's my little digger, the brave scaredy cat, the great communicator, and if my mom were a dog Peachy would be her as she is always there for me when I need her 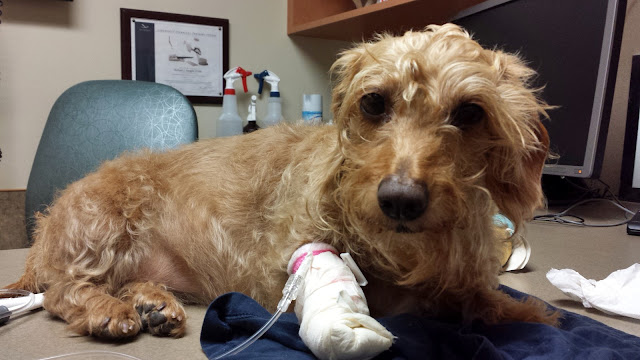 She's been lost and then found, survived fighting with a muskrat and major back surgery. Dug many a hole and had to be washed and I hope she will be with us for as long as she is able. Still going strong, 13 years old next April, Happy Peachy day old girl!! 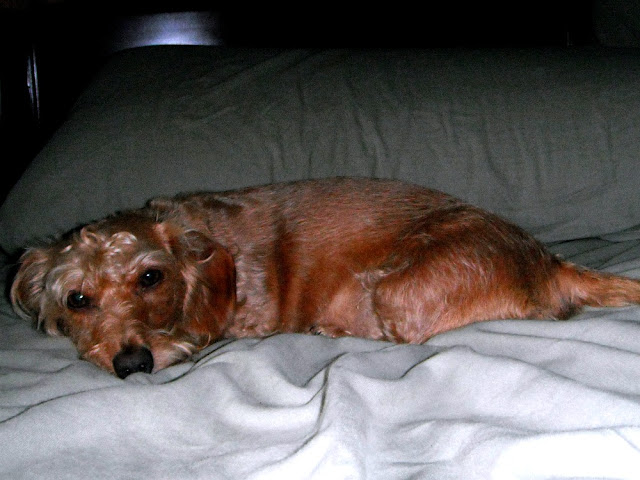 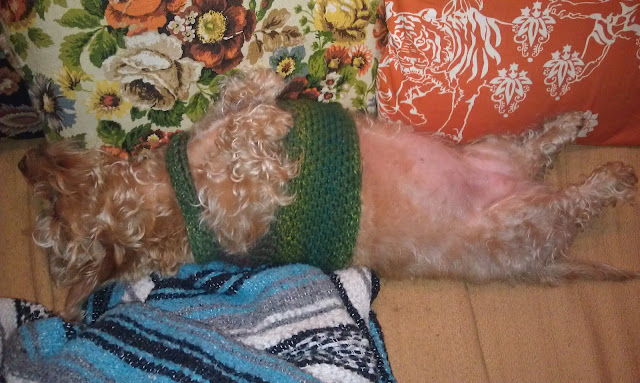 The gang's all here!
Posted by Valerie Owen at 8:07 AM No comments: