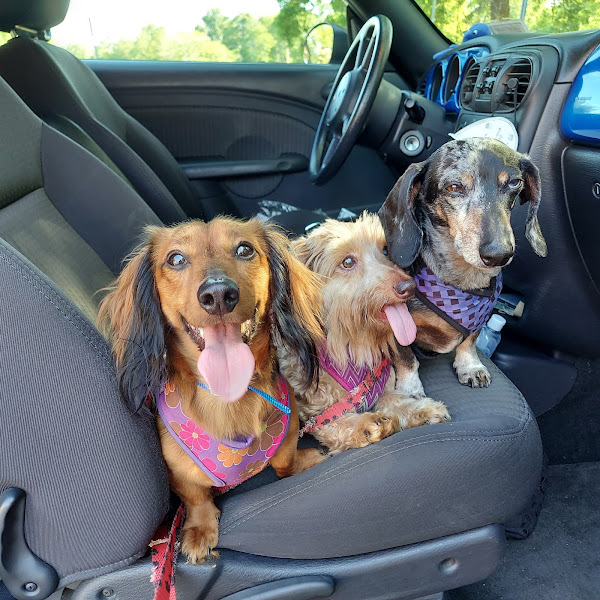 So we've been away for awhile. It felt very odd to only have 2 dogs. After having 4 for 7 years and 3 for, I was going to say 8, but we had Watson years ago so there was more than that. Anyway, we are back to 3 with the arrival of the new guy. Let me introduce you to Flynn. He is our first long haired dachshund. He's sweet and loving, but needs some work to be his best boy he can be. 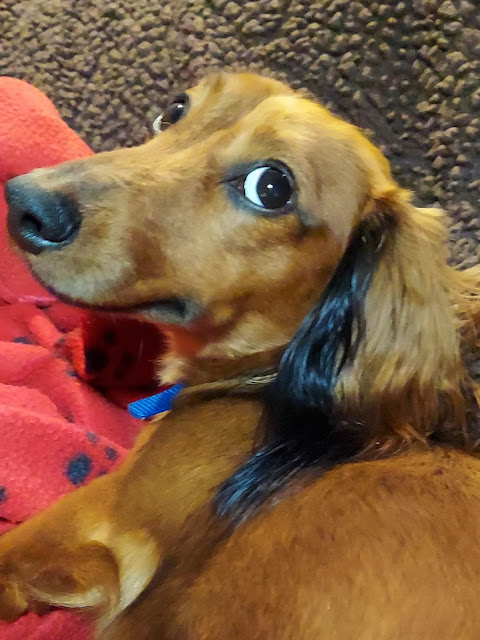 We were kinda thinking that we would get another wire haired dachshund, but the simple truth is they're hard to find. I thought that we could maybe get a long hair. It would be cool to have one of each coat type. We have known several nice long hairs, My daughter has had three of them. 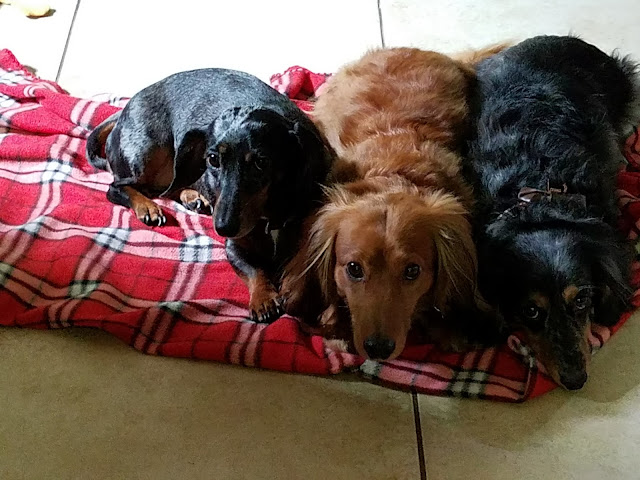 Here we have Lorelei, who is Spaatz's sister and Hugo and Rupert. My daughter's dogs, two are long hairs. 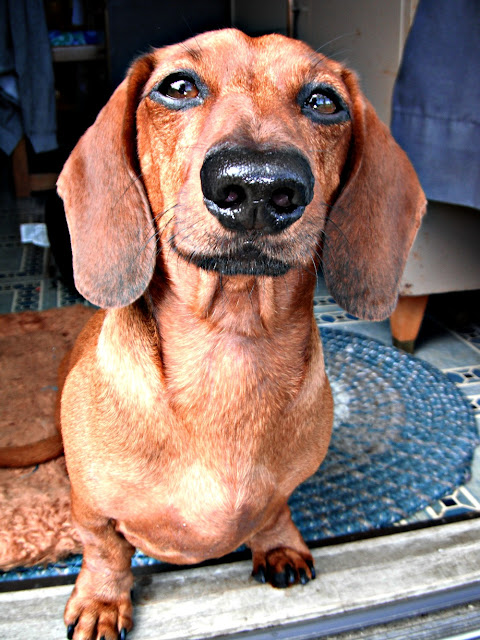 The funny thing is that the way we got Flynn is almost identical to the way we got Foozeball, who passed away this past December at the age of 14. My husband is the dog control officer for our town, as he has been for 22 years. In both cases he was taking a stray to the shelter, and when he gets there it's "we have a dachshund for you". Both dogs came from non-ideal circumstances, so they come to live with us, a veritable dachshund paradise. 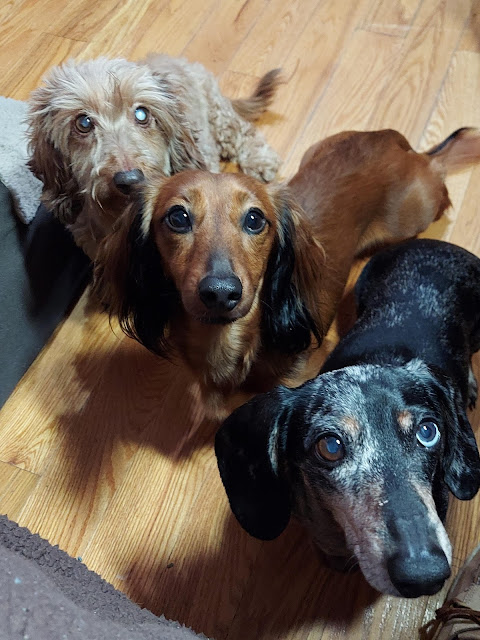 Think about it. Friends to play with, dog beds to sleep on in every room, unless there's a couch available. A fenced in backyard, complete with red and grey squirrels, chipmunks and the occasional mouse or vole. Spaatz even caught and dispatched a weasel in the woodpile. There's a bluegrass fiddle and banjo song there somewhere. 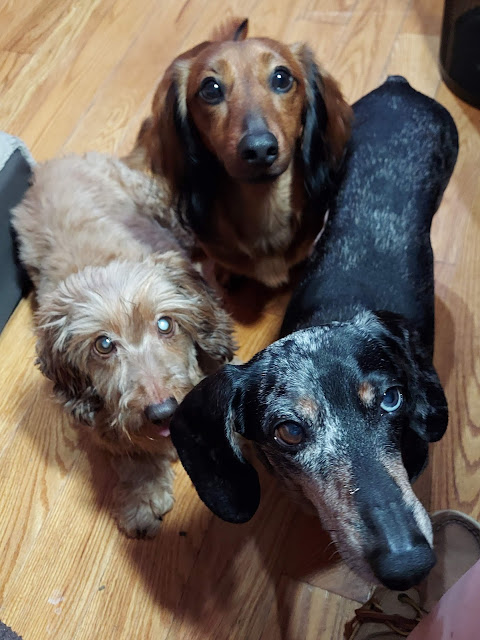 So now we embark on a new chapter in the lives of My Three Doxsons. Flynn is about 1 1/2 and he has spent most of his time cooped up in an apartment barking, so he will have to learn some manners. He is very smart with a great play drive, so I think he has a lot of potential. We have work to do, I'll keep you posted. 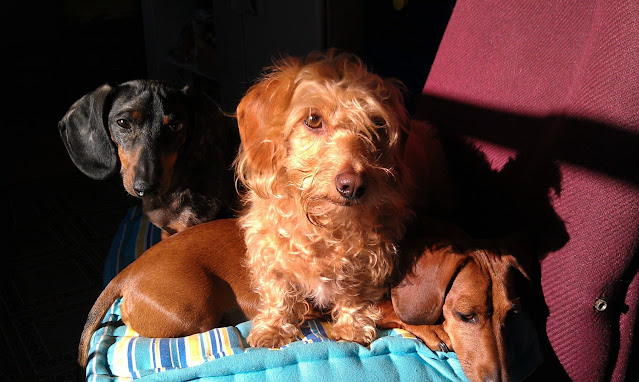 The original My Three Doxsons: Spaatz, Miss Peaches and Foozeball.
Posted by Valerie Owen at 11:32 AM No comments: