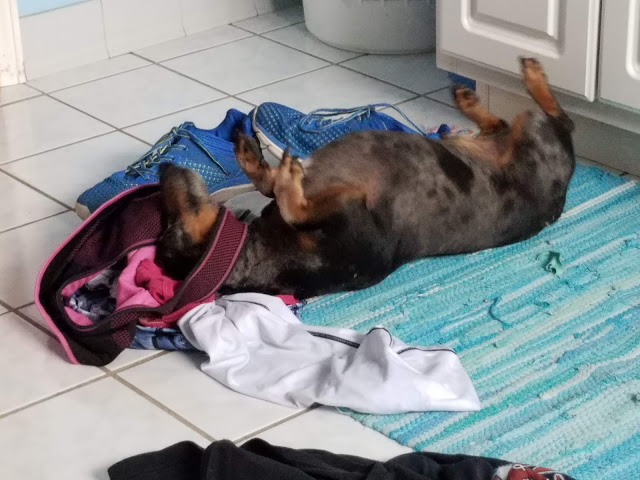 Spaatz, my black and tan, one blue eyed dachshund is a bit of a cross-dresser. Particularly my workout clothes, or even better, something I've been wearing while working in the garden for a few hours on a hot day. That's the best. 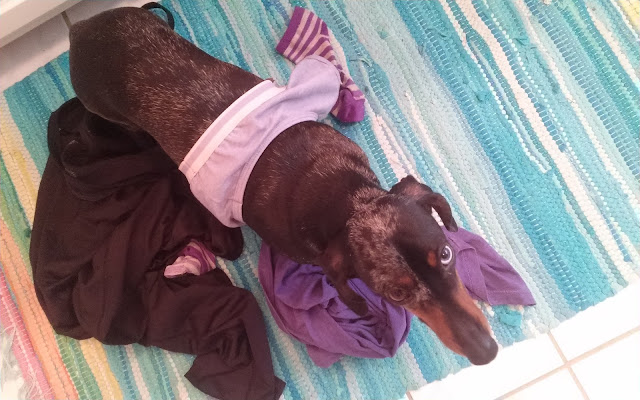 It's funny sometimes when I hop in the shower, then I'll hear someone out in the room, so I'll take a peek to see who it is. I mean I know it's a dog, just checking to see which one. Often it is 'Ole Blue eye tangled in my clothing. Seems like a weird moment for him as he tries to free himself. 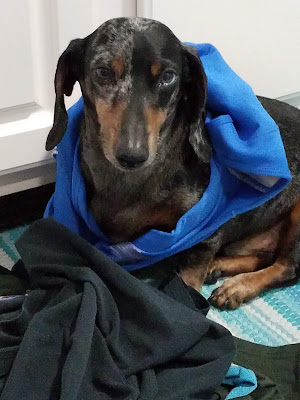 None of the other dogs have this desire to become one with the laundry before it's washed. Now after it's washed and dried, that's another story. Warm out of the dryer, everybody is huddling up on that stuff. 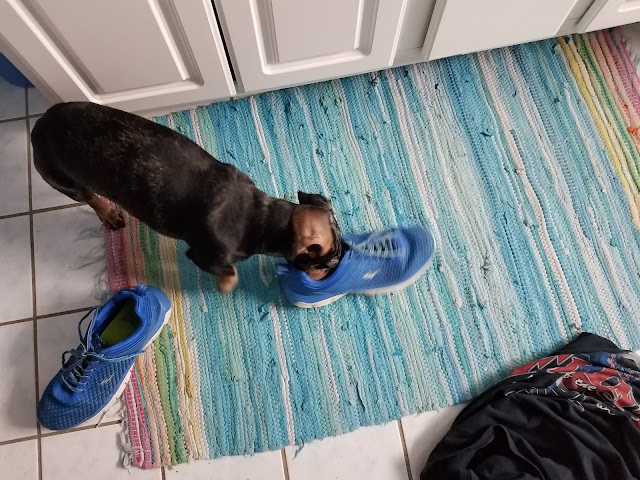 I wouldn't say it's just my stuff, my husband can bring home some pretty special articles to roll in  too. Spaatz likes to wear our shoes as well, just on his head. 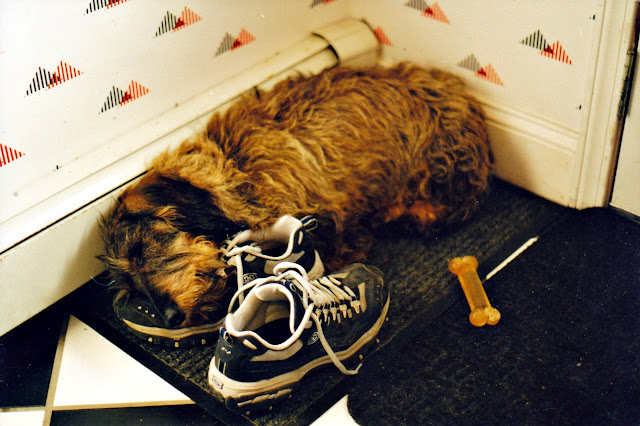 We had a standard wire hair some years ago now, he was very fond of shoes. I'm not sure how many other dogs that aren't scent hounds as dachshunds are into stinky clothing, but some of them just LOVE it. I always said the best place to hide money in the house was in your shoe because Watson took the guarding of shoes pretty seriously. He would even guard the shoes of people staying at our house from their own shoes. He wouldn't ever really harm anyone, but he put on a good show, and it was kind of amusing.

Posted by Valerie Owen at 2:40 PM No comments: