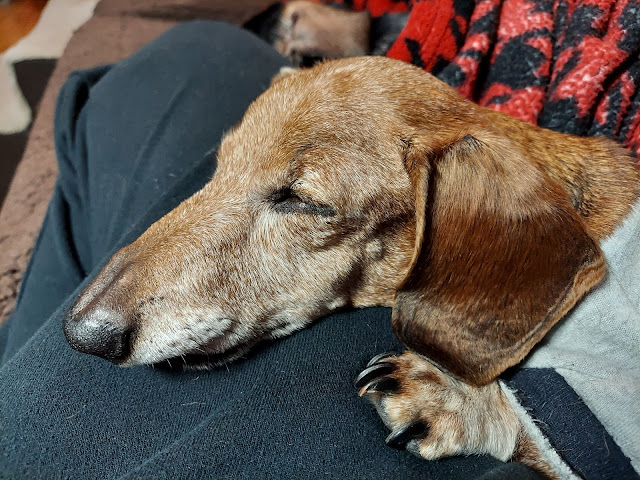 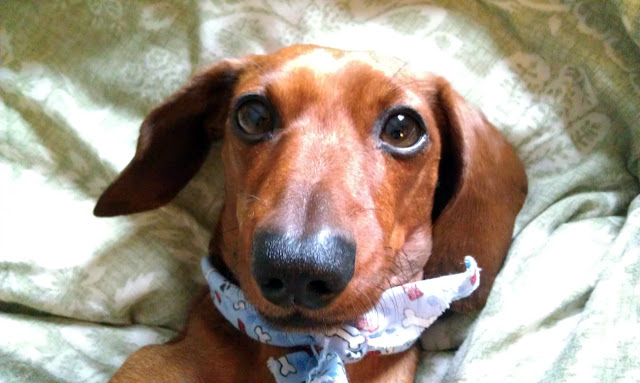 I'd like to say that we're very proud that we were able to give him a really full life. Just a pup, the SPCA was going to put him down because he was turned in, and was biting everyone who worked there. 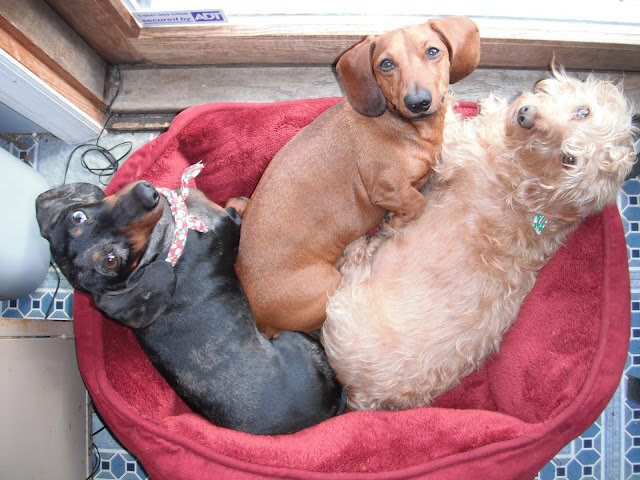 We took him in and it took time, but we were able to help him get over his bad habits. Plus he had friends to hang out with always and a yard with a fence, and plenty of squirrels to bark at. 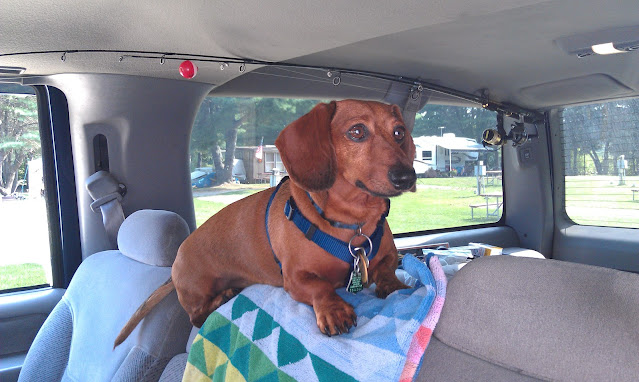 He got to travel from Maine to Florida, with many stops along the way. We took the dogs on camping trips and road trips to see grandma in Cape Cod. We went for walkies on the Hudson Valley Rail Trail.

He even was able to get together with my daughters dachshunds for the holidays a few times as well.

He's the one with the Star Wars shirt on. I know, it's a bit of a melee. Reduces the clean up time though! 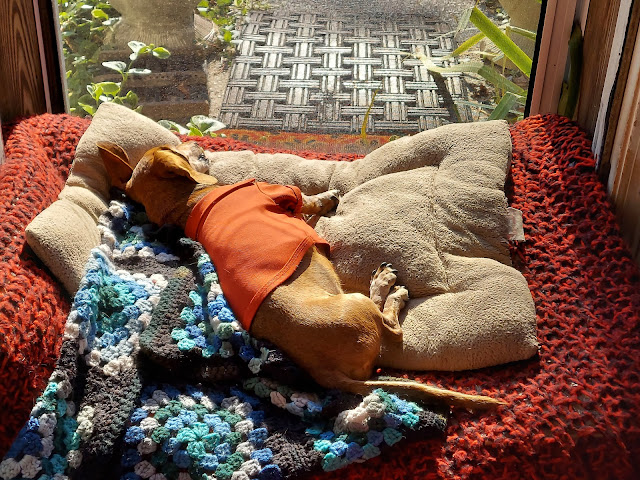 I know it's My Three Doxson's, but for awhile it will be just two. If you want to get technical it was four for a long time. Life is always in changing and we'll miss the "Old Man", because he was if nothing else a bit of a character, which is why he was Foozeball. All he really wanted was a warm place to be, a heater vent, a sunbeam, but mostly my lap. I'll miss you Mr. Foo.

Posted by Valerie Owen at 2:15 PM No comments: