SHE'S A GREAT MOUSER TOO!! 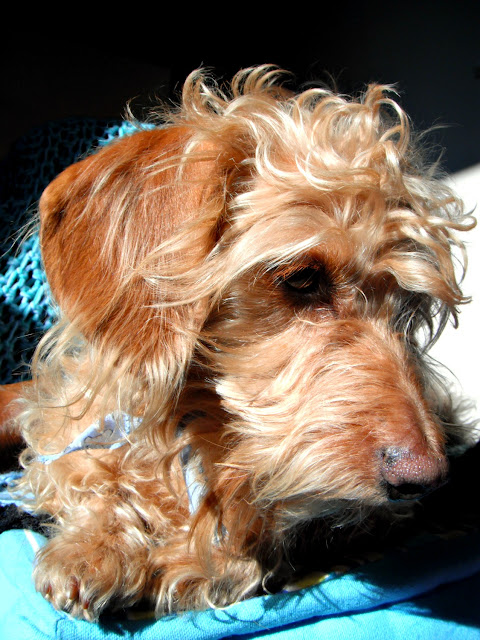 Who needs a cat when you have a great mouser like Miss Peachy? I knew she was good with other vermin, snakes, chipmunks what have you, but yesterday she proved herself a great mouser. I knew we had a mouse here in my craftroom because I had a small bag of finch food that had been gotten into. Yesterday Peach was showing heavy interest in a box in the bottom of the closet. I was not really paying much attention when I realized she has ripped the side of the box off piece by piece. So I moved some stuff so I could drag the box out. I got it out, open it up and shut my mouth, there's a mouse! Peach dives in and the mouse ceases to be. She dropped it on the floor as requested and I discarded the carcass. I thought she was being silly, but she continued to lay in the closet. I could hear her rustling around every once in awhile. I called to her to give it a rest. When I went out to check on her there were 2 more dead mice laying there. Never one to give up when there's still work to be done. I was impressed. I cleaned up the bodies and I brushed her teeth, which she didn't like that much, but I figured it was a good idea. With cool weather coming its is nice to know I have any extra ally in the fight against small borders.Peaches the wirehaired dachshund mouser extraordinaire. 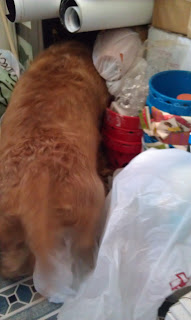 Overwhelmed by supperior forces
﻿
Posted by Valerie Owen at 9:20 AM