Hitchin' Up The Team 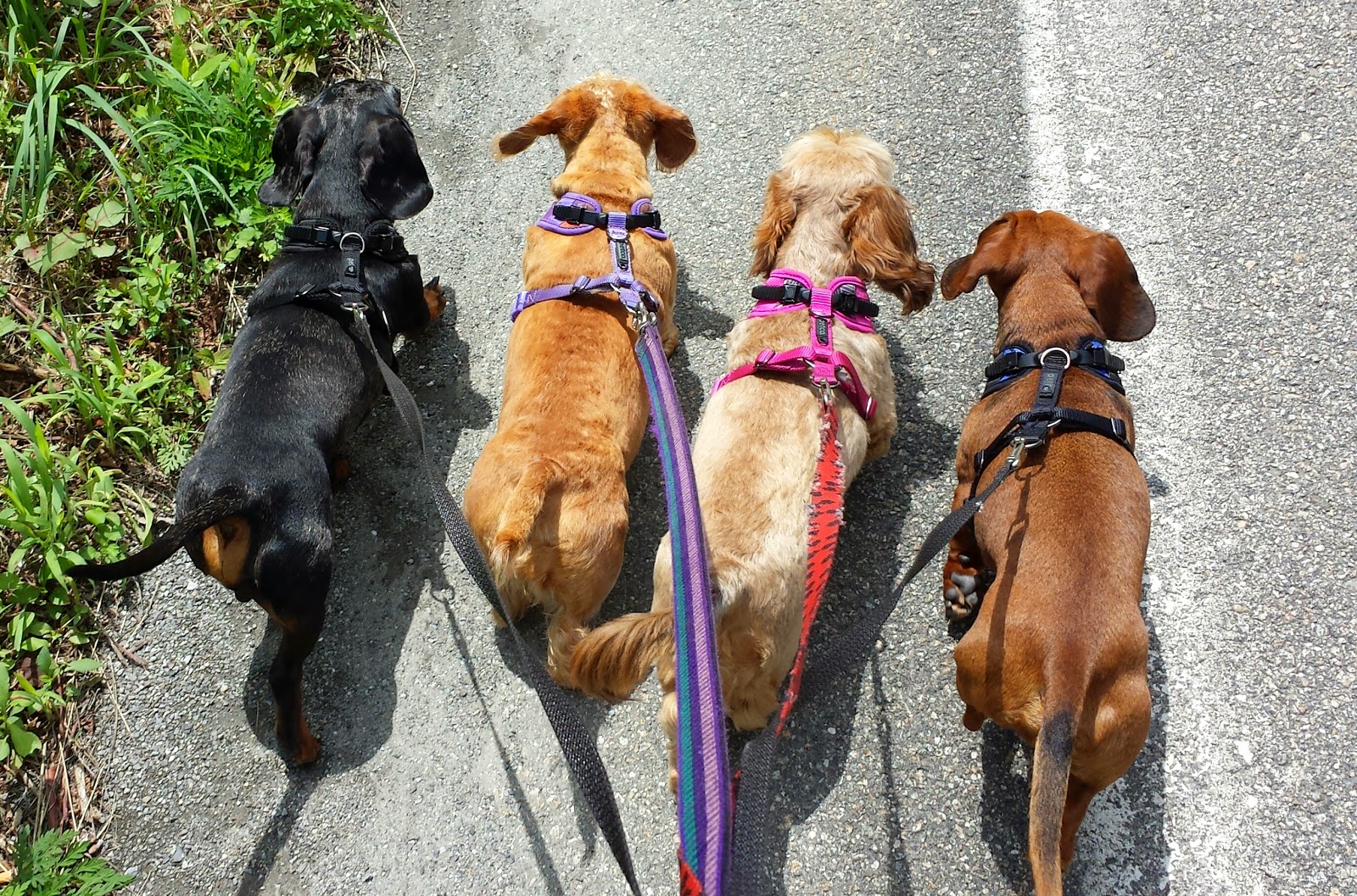 That's what we call getting the dogs ready for a walk. Oh, and don't say the "W" word in front of them unless you mean it. For that matter don't say "ride" or "treat" or "biscuit". Dogs tend to assume your talking about them. Anyway, once it's been decided your going, there is a little change that comes over everyone just to make the whole process of getting the harnesses and leashes on more difficult. Peachy, who is older and kinda laid back, turns years younger, starts pickin up toys giving them the death shake then picking on the other dogs. Messing with them. Sandie will start to tousle with Peach, they usually don't interact too much. Spaatz, who's the most out going of the group, turns into a dweeb, hating having the harness put on. Even though we're always gentle, and once we get going he's the happiest leading the pack. Foozer just figures he'll be difficult and go sit in the crate. I have to fake leaving without him so he comes out, or just yoink him out in the dog bed he's curled up in. So basically everyone really wants to go, but they have to turn into jerks so the whole harness thing is extra difficult. Peach will even lay on her back while you are trying to put it on. Once we're out the door it's all systems go. In fact, yesterday they thought they saw a critter down the road, when they took off after it, they about chirped my tires.When we got close, that's all it was. a piece of tire.