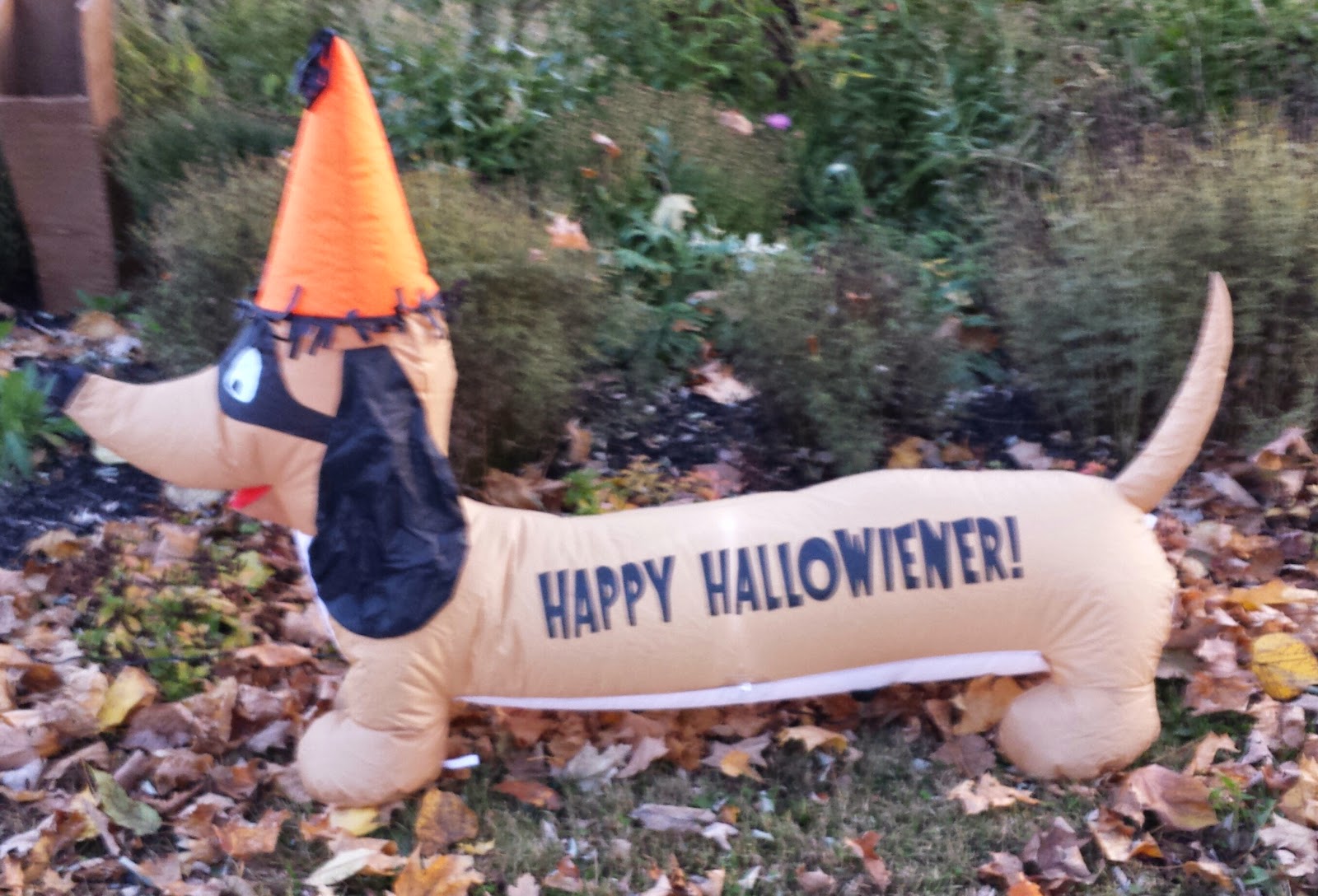 So I had to do it. My daughter sent me a photo of the Hallowiener dog and it was pretty much a lock I would get one. I mean come on, I'm surrounded by dachshunds and all things dachshundy. Although  it's not worrisome like some collections I've seen.
I once knew a lady with a panda obsession. I'm talking thousands of them, an entire room devoted to them. There is a smattering of dachshund things about the house, but if you look around and always see one it's probably a real one.
I thought the hallowiener was good because that was all the decorating I was going to do this year. I think it says it all for me. I also have a Christmas wiener too, it's a little bigger though. That will make it's way out after Thanksgiving.
Maybe someone will come up with a pilgrim themed dachshund for Thanksgiving, Then I could keep it going all through the fall and holiday season. Think about it, what other breed consistently pops up in holiday decorations? A generic dog maybe, but everyone knows the wienerdog
So Happy Hallowiener everyone! I have to go now, I  have a wire haired dachshund in my lap and smoothie behind me in the chair, and I'm typing with one hand. My left hand. Ah, the life of a dachshund owner, I wouldn't have it any other way.
Posted by Valerie Owen at 4:07 PM