Higher Than a Dachshunds Back 2015 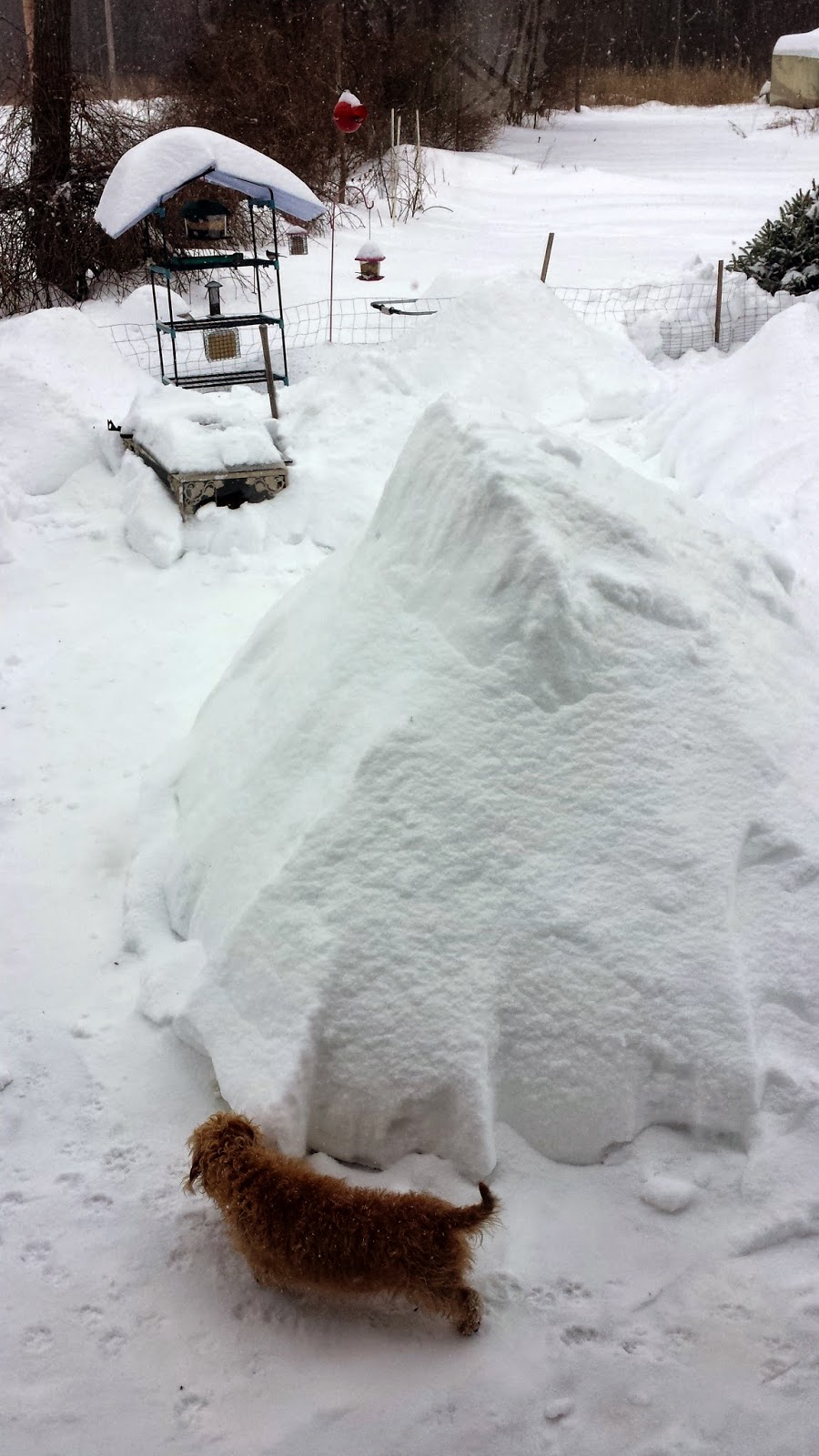 Yes, it's February once again here in the northeast as well as the rest of the world. But once again we're being treated to lots and lots of snow. Now I don't live in Boston, so I suppose I shouldn't complain, but as you can see I have to maintain my dachshund "habitrails". Probably the worst is when it's first thing in the morning and it's been snowing all night, and the dogs want to go outside. I have to make them wait however, tempting it is to let them step off the bottom step and disappear into the snow. That would only bite back when they come back in all snowbound. So in my pajamas I don the "sno-racer" boots with the velcro closers and a big 'ole coat that fits a large man, and head out. It's dark, snowing and cold. About 6 inches fell overnight. Good thing it's real powdery. We have a little fenced in area, for the dogs where I start to scoop out some tunnels for them to go out and do their "business". As you can see the piles of snow are getting rather high. I find myself having to now shovel it over the fence because it's now as high as the fence and soon probably Spaatz will figure he can go over the top and pursue the squirrel further than before. Except he'll probably sink in and disappear. 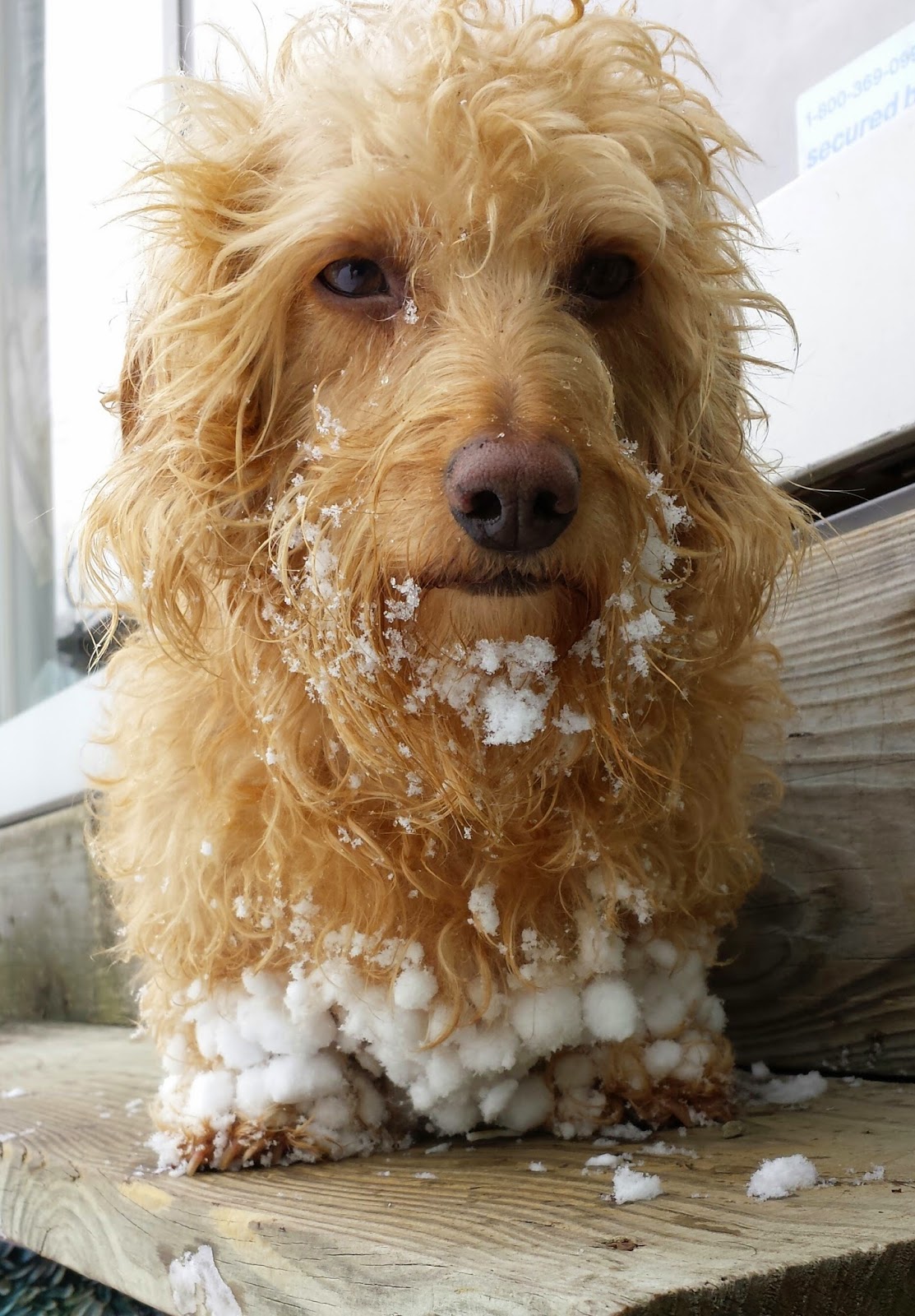 Miss Peaches and Sandie, my resident wire hairs tend to get rather snow bound. If it's wet snow we're in trouble, because their fur acts like velcro and you can't brush it off. In fact you can hardly pull it off. The other day I had to take Sandie and set her on a towel on the edge of the sink and I tried to pull it, but that didn't work. So I grabbed the snow and melted it in my hands. This process is a little tedious, good thing she's small. She however, didn't mind and was enjoying being held and let me do what had to be done, lest the house end up looking like a sprinkler system had been running.

Meanwhile, everyone is doing their best to stay warm. Dachsunds are experts at it. 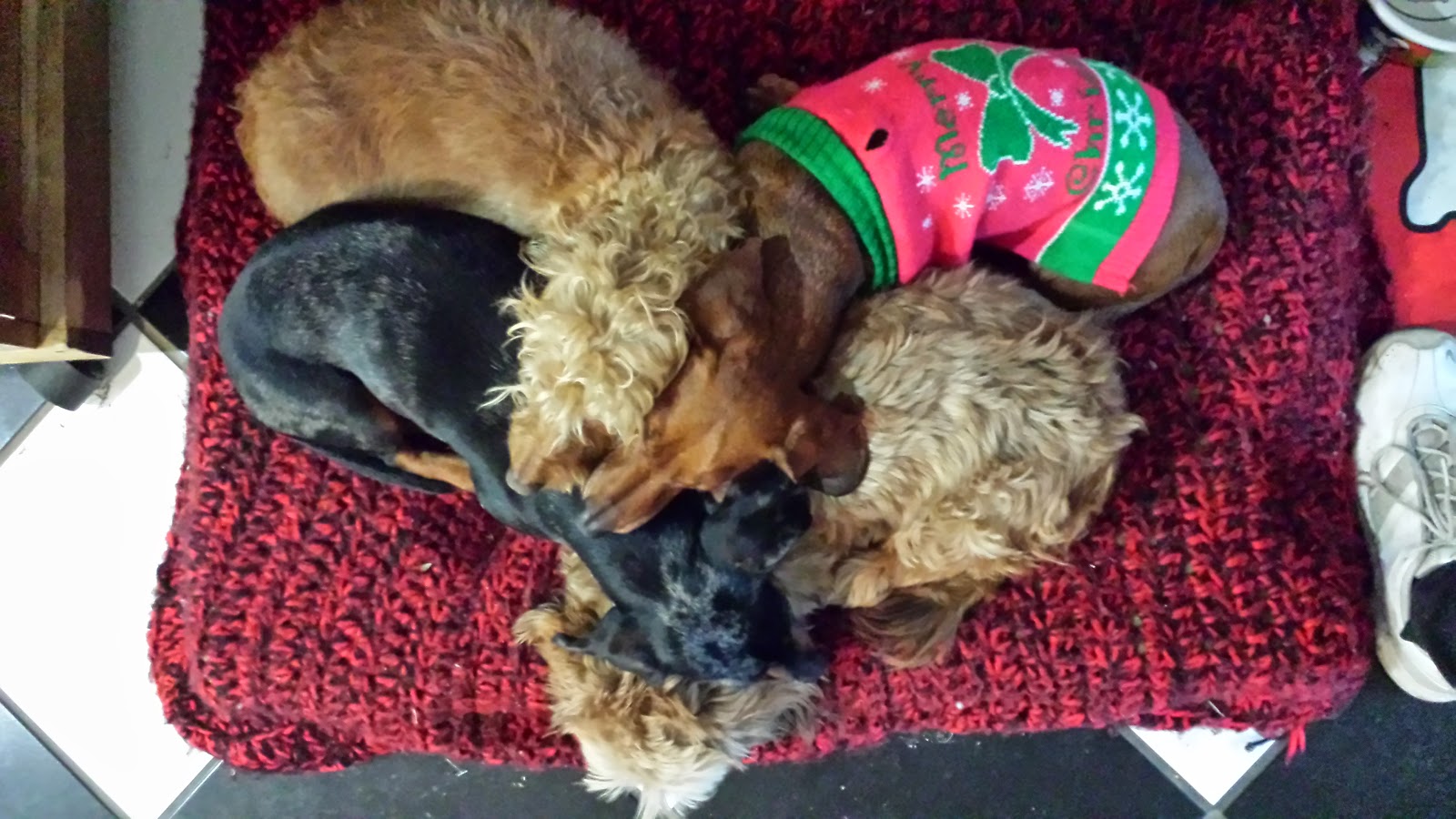